Published in 1974 by Purnell Books. Over thirty fairy tales – and not all the usual suspects either, ‘Toads and Diamonds’, anyone? When there was an existing Disney film, they used scenes from that, but when there wasn’t, they just bunged in characters they already had. So we have Grumpy in place of Rumpelstiltskin, and Alice (of Wonderland fame) standing in for the little match girl as well as several other characters. Somehow I can’t imagine Disney going for this approach today! 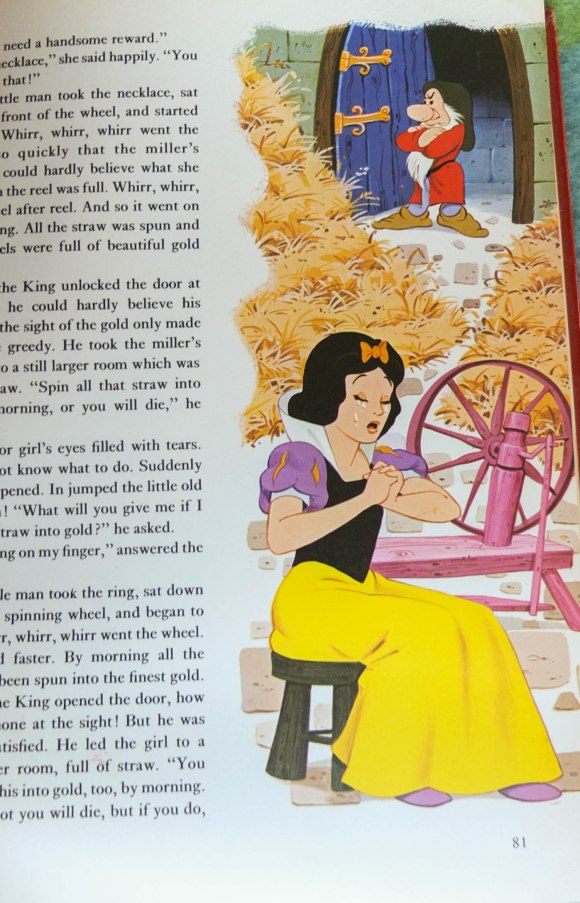 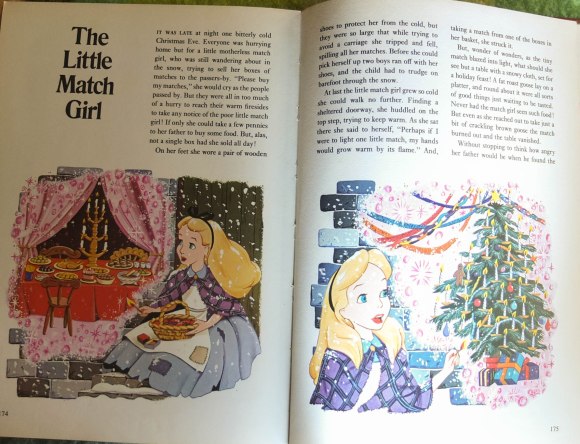 Isn’t that John from Peter Pan? And Figaro? And King Stefan from Sleeping Beauty?