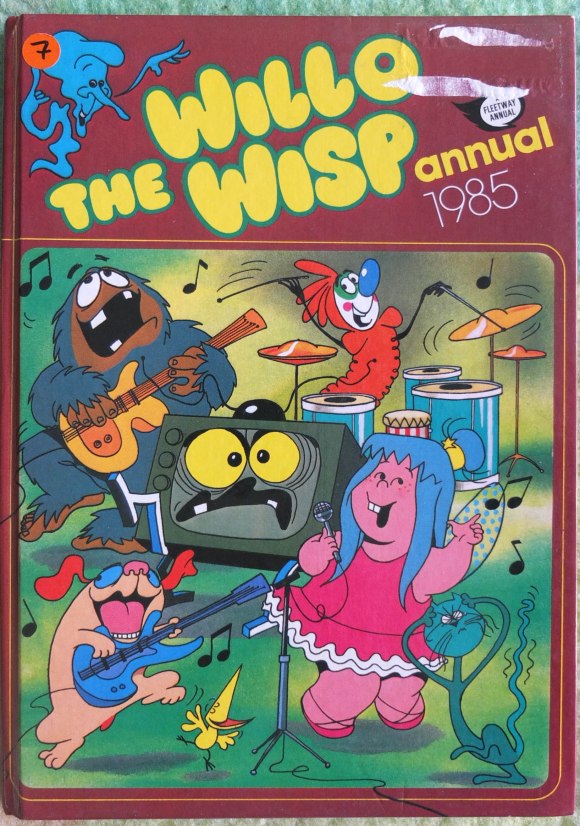 Willo the Wisp Annual 1985, IPC Magazines © DN and PM Spargo 1982. Originally priced at £2.95. It’s completely clean but there is a single-sheet insert missing.

Willo the Wisp is a fantastic cartoon series, voiced by Kenneth Williams, that first aired in 1981. It features the denizens of Doyley Woods – including Willo the Wisp (the narrator), Mavis Cruet, the blue-haired fairy, Arthur the caterpillar and the wicked witch, Evil Edna. Go look for it on YouTube if you’ve never seen it – it’s a treat!